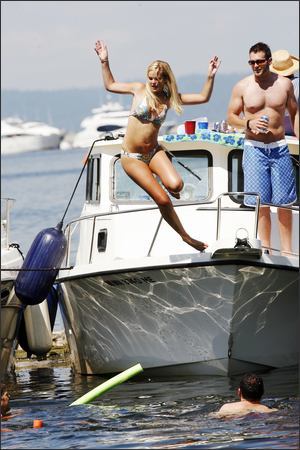 With the arrival of warmer weather comes increased boating on area waterways.  While alcohol consumption is often seen and accepted as part of the boating experience,  Pennsylvania legislation sees it otherwise.  Our laws prohibit Boating while under the influence just as it does Driving while under the influence.  Area law enforcement is increasingly on the look-out for boat operators impaired by alcohol and/or drugs.     The Courts are seeing ever more charges relating to this crime.

“Operation of a vessel Under the Influence of Intoxicating Liquor,” also known as “BUI” or “Boating under the influence.” While similar to DUI legislation in theory, a BUI is a distinct charge.  It is governed by a different statute. 30 Pa.C.S. § 5502.  Any criminal charge is a serious matter as it always carries the potential for jail time and monetary penalties.  The Veitch Law Firm is ready and able to defend you no matter if the offense occurs on land or water.  Call us today for a free consultation.